When using Precision Time Protocol (PTP), there are two methods of calculating delay within the network: End to End and Peer to Peer delay mechanisms. This refers to how the delay on a time signal is calculated, so we'll discuss that here. Before reading this article we recommend you are first familiar with the basics of how PTP works.

What is End to End?

End to End means the latency through the network is calculated directly between master and slave. This allows for PTP to operate over networks with Transparent clocks, non-PTP aware network switches, or a combination of both.  The slaves sends  delay requests upstream to the master, the master responds, and the network latency is calculated. The calculation is then applied by the slave to the received Sync message.

Why use End to End?

The advantage of this method is that the network nodes do not need to be PTP compliant, which reduces the limitations on hardware that can be used in the network. As end to end is measuring the delay between the master and slave any delay added to the system by the  network nodes will be accounted for. However; the accuracy achieved through a network implementing End to End delay mechanism, will not be as good as the same topology implementing Peer to Peer delay mechanism with transparent clocks. Also note that End to End delay mechanism generates a larger volume of network traffic when multiple slaves being present on the network.

What is Peer to Peer?

Peer to Peer operates by calculating the delay between egress of the upstream node to the ingress of the downstream node (i.e. the delay down the wire)  rather than the whole network at once. As sync, announce and follow-up messages are sent down the network, residence delay is accounted for in each node through the correction field, and downstream devices compensate for the delay down the wire. The difference is with the requests and response messages, which are only sent between two connected devices and are not used for calculating the delay past those devices.

Why use Peer to Peer?

Peer to peer is more efficient and is less affected by asymmetry within the network. When multiple slaves are present in a network, peer delay packets are only sent to the nearest node, not all the way upstream to the master. Lastly, if the network is to suddenly change due to a fault or similar, recovery time is reduced as not all delay calculations will be affected.

What each profile uses.

What else do I need to know?

The other main choice with PTP is 1-step vs 2-step, which you can find out more on here

We also recommend using PRP redundancy with PTP, which you can read about here 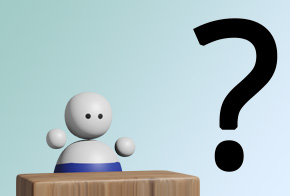